Autism and its impact 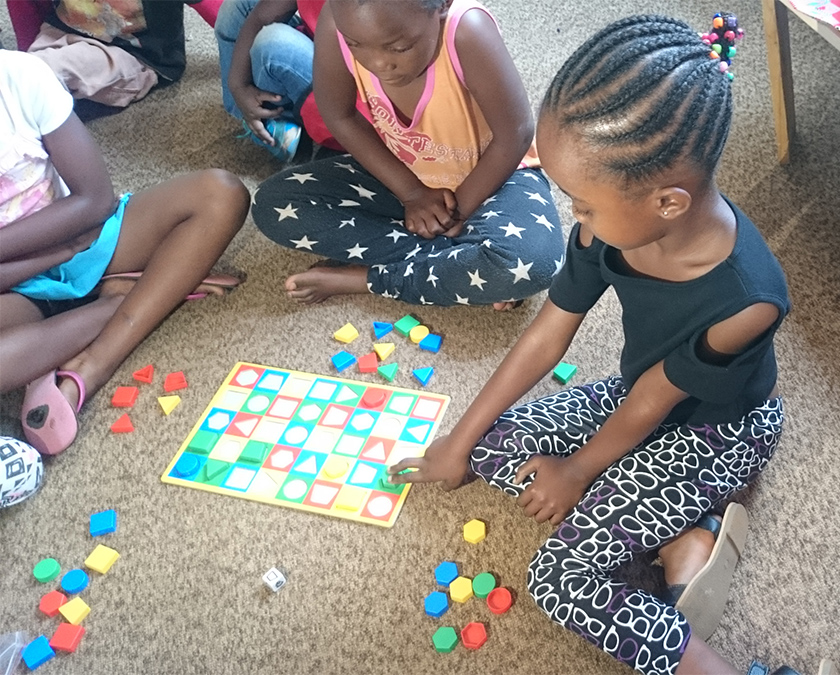 Nations that invest in and teach maths at elementary phase are richly rewarded in the end. Photo: Supplied.

Mathematics is the hidden hand behind successful nations’ competitiveness. Those nations that do not give mathematics education the attention it deserves lose world competitive advantage over time. Similarly, economic history has many success stories of countries that have given due attention to this subject. The French emperor Napoleon Bonaparte is famously quoted as having said that there is no great nation without great mathematics. It follows that countries that invest in mathematics education reap rich rewards through industrialisation and the creation of the knowledge economies.

The foregoing age was one of spaceships, which has now been replaced by the internet age. Internet data is communicated to every part of the globe through satellites in space circumnavigating the earth. The orbits of those satellites and indeed the trajectories of the spaceships that went to the moon were accurately calculated long before navigation through the use of the Newton’s and Leibniz’s differential and integral calculus. Nations that initially considered space exploration a waste of scarce resources woke up one day to find that the space-exploring nations were now controlling the internet. They had to pay them — and continue to pay them — stupendous amounts of money in order to use those countries’ satellites for internet communications.

This is not to mention how mathematics is used for myriad other industrial purposes. Indeed, mathematics is the very language of science and development.

In the history of philosophy, Plato, Pythagoras, Descartes and many other philosophers argued that knowledge of the world could be best understood through the powers of the mind, these being of two types: active power, which is ability to create; and passive power, the ability to be changed.

Descartes ruled that the powers of reasoning must necessarily emanate from axioms. Axioms and postulates are regarded as self-evident and indubitable facts. For example consider Euclid’s postulate that the shortest distance between any two points is a straight line. Mathematical ideas are built from such undoubted truths contrived in the mind. Through reasoning Pythagoras and his associates reflected on the number concept, which led them to a very unexpected discovery of the “irrational” number: the square root of two.  To their amazement, the square root of two could not be expressed through the numbers known at that time, namely whole numbers or fractions. The new number was a completely new creature to them. The Pythagoreans swore secrecy never to talk about it outside their circles. It appeared that that number in particular, and mathematics in general, lay out there in some immaterial world waiting to be discovered by enquiring minds.

The discovery of irrational numbers led to what is called the first crisis of mathematics. Thus mathematics seemed to exist in its own world, immutable and independent of human consciousness. Other philosophers, notably Aristotle, strongly objected this view and argued that knowledge emanates from experience and that mathematical knowledge is a human activity, created by people to solve their cultural problems. They argued that people created number and mathematics to solve problems in their existential living. Without people, mathematics would not be there in the first place. The author does not side with either of the philosophical assumptions concerning the nature of mathematical knowledge. I take mathematics as it is and discuss its value to society, which is the purpose of this article.

Mathematics is inherent in culture

It is important to note that African people have long had mathematics in their daily life and work. Archived data show that in parts of southern and central Africa, the baboon shinbone was often used as a calendar, with markings to represent the days of the month. At my institution I have asked my students to relate to the mathematics in their African culture. What is very interesting is that mathematics in the African sense is part of general language. It is so ingrained in language that an undiscerning observer will not be able to appreciate the mathematics in indigenous African culture. I have discovered that all African languages in South Africa and Southern Africa have words for counting beyond thousands. If that is not mathematics, what is it?

African people have long had a deep understanding and application of geometry, demonstrated by the buildings they constructed: for example, round huts with conical roofs. In constructing their buildings they used concepts of radius, circumference and right angle. They used the African Pythagoras theorem made by a string with three, four and five knots for measuring corners during construction. Moreover they erected buildings with vertical walls, meaning that they had concepts of vertical and horizontal lines and planes. Their artefacts such as baskets or pottery were decorated in beautiful patterns including those of tessellations and symmetry. Mathematics is endemic to all cultures, meaning that it is necessary for living.

Mathematics is applicable to everyone, be it vendors selling their wares by the street side or a mother doing her budgeting, let alone the use of mathematics in diverse fields of expertise such as science and engineering.

Why is mathematics so practical? The answer lies in the fact that mathematics itself is far from practical. Rather, it is an abstract subject seemingly detached from the concrete realm it is often applied in. One peculiar feature of mathematics is that it is not a tool in the sense that a spanner is. Rather it is a subject with its own consistency and beauty, which is apparently independent of its application. It is that abstract nature of mathematics that makes it of universal practicality.

At the heart of mathematics is its problem-solving nature: both inside mathematics itself, as well as outside.  Mathematics is a generalised way of thinking that is directed at problem-solving and pattern-making. Once mathematics is used to solve a problem, the method used can be noted in a way that the solutions of all problems in that class are generalised and the problem becomes a routine one instead of non-routine. Through one of its most important branches — algebra — and its associated notion of variables, mathematics wields far-reaching powers.

Mathematical modelling is a form of applied mathematics. It is mathematics alive and at work. In daily life, when faced with a novel problem, mathematicians try to represent it in the form of a model so that the various interacting variables on the problem can be closely studied. Models are our representations of how some phenomenon functions. In mathematical modelling, we translate this understanding into the language of mathematics. The language of mathematics includes algebra, equations, calculus, statistics, probability, vectors, Newton’s laws of motion, differential equations and so on.

Translating the real-world problem into the mathematics world is called mathematising. This is helpful, because once the parameters governing the real-world problem have been identified, mathematicians can use maths tools accumulated over thousands of years to bear upon the problem. When a solution is found it is checked against the original problem to find out if it sensible. If it doesn’t make sense, for mathematicians, all is not lost. Rather this invigorates them to look for other possible methods to attack the problem. The first way is to re-look at their solution, to see whether there were some errors in the mathematical formulation of the problem or its solution.

Failure to solve a problem is regarded as a challenge. This invokes new mathematical techniques until a solution is found. Often new mathematics is created to solve problems that have not been encountered before. This is what other mathematicians mean by saying that mathematics is auto-poetic. The discipline grows itself as it is applied to solve new problems.

Mathematics has its internal checks and balances. Mathematicians in any part of the world can understand each other. I must emphasise that mathematics is not indoctrination, for its methods and results can be demonstrated and proved beyond doubt. Above all mathematics is a concise subject; it is very exact. The conciseness and exactness of mathematics is one of its sources of power. This makes it easy to compactly communicate findings to erudite audiences. So mathematics effectively investigates world systems by reducing them to mathematical symbols and relations that can be manipulated. Mathematicians then often discover elegant patterns that underlie the phenomena under study; patterns hitherto unknown.

It is argued that the health of mathematics education and mathematics achievement is the truest barometer of a country’s potential for scientific and industrial competitiveness. Mathematics is the backbone of any country, as it underlies science and technology. The South African government now recognises the strategic importance of mathematics to the country. In recent years the young democratic nation of South Africa has shown strong interest in improving the general education of its people, and mathematics education in particular. This effort is in the right direction and is applauded.

In my view, it is also important for South African mathematics education researchers and policymakers to study and benchmark mathematically successful countries such as Japan, Singapore and China, among others. The research must understudy how those countries train their mathematics teachers, the emphases of their mathematics curriculum, and how mathematics is taught in their schools. How children learn mathematics must be studied, including extra-school contexts such as parental involvement in their children’s schooling. This is critical to maintain the economic leadership of the continent.

Granted, given the power of mathematics thus argued, the disciple cannot work in isolation from other disciplines. As one scientist pointed out, mathematics in the queen of the sciences; so mathematics must be studied jointly with other subjects such as science, engineering and technology (Stem). This way our nation will become on par with the other leading nations of the world and avoid the risk of being left behind.

Mathematics and Stem education must be present in the school curriculum from kindergarten up to tertiary level and beyond. In this, one of the most important issues is that we must ensure that mathematics teachers not only command mathematics knowledge at the highest level, but they must also be well trained to teach mathematics to learners so that it becomes understandable to them. Teachers must understand mathematics content, methods of teaching it, appreciate the difficulties learners face in learning — particularly mathematical concepts —and also understand the contexts in which different learners learn mathematics. Teachers must then be able to bring mathematics down to the level of the learners, so that any learner can understand it.

It is this author’s contention that any learner can learn mathematics if the mathematics teachers take time to diagnose and understand learners’ learning challenges, such as the misconceptions they have about learning material. The author, who is a mathematics teacher, educator and researcher, thus argues for mathematics for all.

Dr Judah P Makonye is from the School of Education, University of the Witwatersrand, Johannesburg