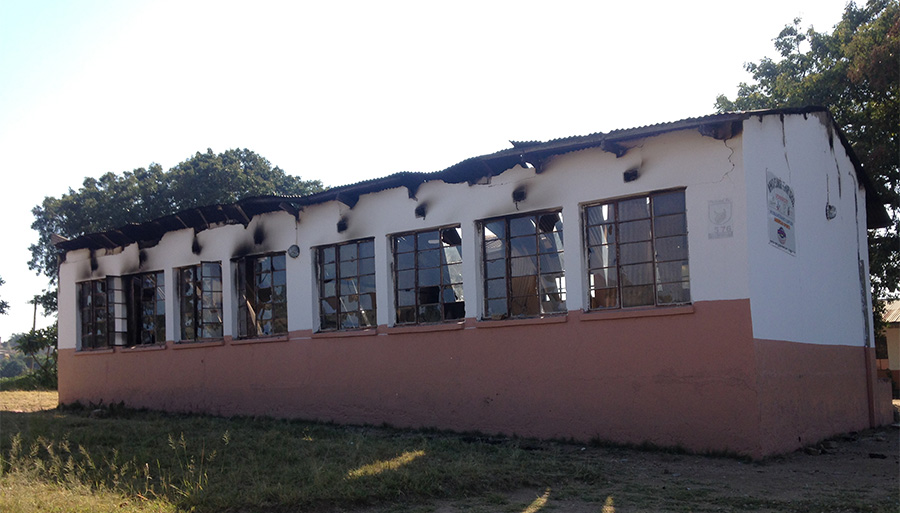 Teachcing and learning has ground to a halt in Vuwani following a prolonged protest by residents. Photo: Supplied.

Human rights experts warn that the violent protest which crippled education in Vuwani violates one of the country’s key constitutional values.

The hearing was necessitated by the recurrence of violence that disrupted education in Vuwani and the surrounding areas after several schools were torched. This year residents have again resorted to violence and intimidation vowing to bring activities in the area to a complete halt until their demands were met. Protestors are opposed to the demarcation board’s refusal to reverse its decision to incorporate their area back into its former municipality.

Criticism has been levelled at the community and protest leaders, who are accused of using children as tools to achieve their own ends. SAHRC has also noted that most of the protests, in which children are prevented from going to school, are not about education. It said while it recognises the right for people to assemble peacefully, it “also recognises that the right to protest does not include that which is criminal or unjustifiably impinges on other protected basic rights”. According to the commission, one of the disturbing evidence during the hearing was about the “the multiple impacts” of the violent protests on “children [learners] and teachers including threats to their personal safety, lowering of morale and the resulting trauma”. Children who come from poor households and rely on school feeding schemes also get affected as they cannot get access to their schools.

Education is regarded as a fundamental human rights issue, which is not only critical for the exercise of all other human rights, but also promotes individual freedom and empowerment, as well as yielding important development benefits. “The right to protest should not infringe on children’s constitutional rights to basic education,” the commission noted.

Provincial education spokesperson Naledzani Rasila said there is very little they can do as the department. “We are caught in the crossfire because the issues that residents are raising are not related to education. We rely on the success of the inter-ministerial committee that has been formed to address the situation and once the situation is calm, teaching and learning will resume immediately,” said Rasila.

At the time of going to press, media reports suggested the shutdown of Vuwani would be lifted following “crucial decisions” taken during a meeting between President Jacob Zuma and the king of vha Venda, Toni Mphephu Ramabulana.