How to keep your kids entertained during school holidays 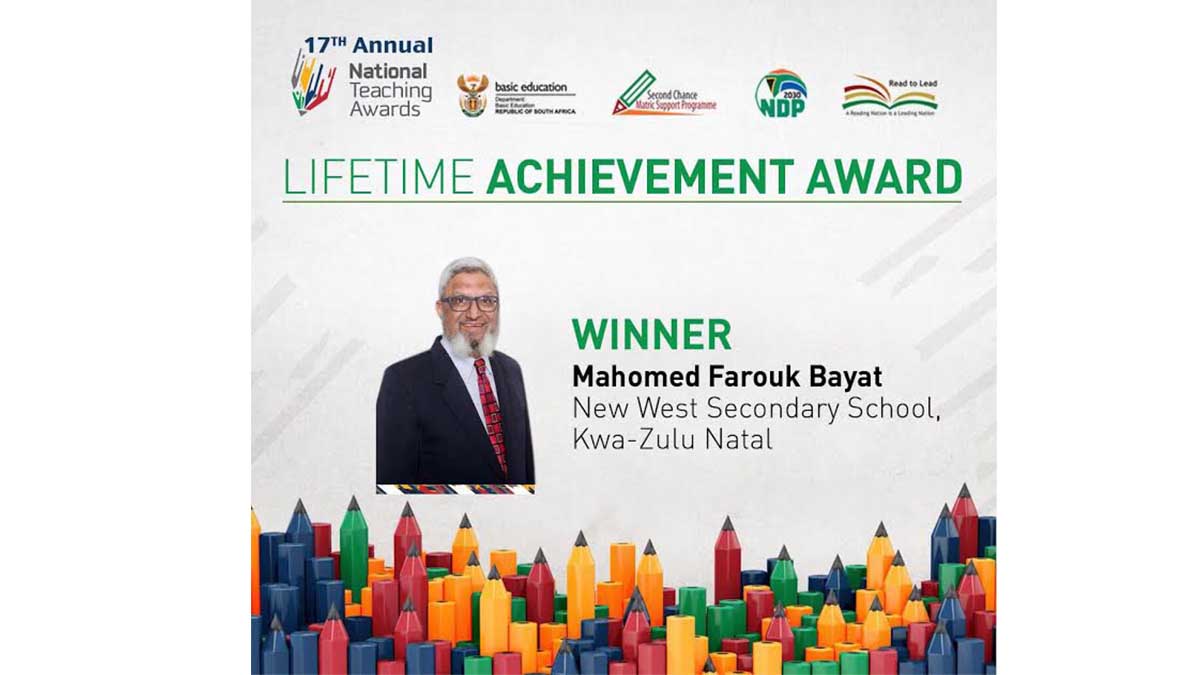 Since they were launched 17 years ago, the National Teaching Awards (NTA) have been growing from strength to strength. The overarching founding objective of the awards is to celebrate the teaching profession by acknowledging extraordinary efforts made by teachers, often in very difficult conditions.

Back then the ceremonies used to be held in small venues with few categories, sponsors and modest prizes. But the stature and quality of the production have improved significantly, attracting big brands that sponsor fabulous prizes such as cars. This year, winners in all categories receive a brand new car, a range of technology devices, a legacy hotel holiday break and R10 000.

Perhaps the biggest scoop for the organisers is securing the rights to have the event beamed live and recorded for later broadcast on SABC2. The TV broadcasts not only attracts more potential sponsors, but also ensure more viewers can watch the event from the comfort of their homes.

The 2017 edition of the awards was held at Gallagher Estate and, as in the past, the atmosphere was festive and jovial. The audience was treated to bands and traditional and choral renditions, including solo performances by young and upcoming artists. Speakers after speaker acknowledged the critical role teachers play in delivering quality education.

President Jacob Zuma delivered a keynote address to a capacity audience. Basic Education Minister Angie Motshekga formally introduced the president by summarising his long resumé, which details his early involvement in the struggle against apartheid.

In his address, Zuma said it was “heart-warming” to be part of such an important event in the calendar of the department of basic education. He said the “awards afford the nation an opportunity to celebrate hard work and excellence among our teachers” as well as school managers. “What excites me is that the 17th National Teaching Awards finalists come from all economic, racial and geographical backgrounds, including deep rural areas. We are particularly pleased with the success of teachers from public schools. You have demonstrated that excellence in public schooling is a reality in our schools.”

He lamented the widespread social ills “that must be rooted out from our schools”.  The first is corporal punishment, which he described as “shocking” that even though it has been outlawed in schools, “we still hear of cases where learners have been severely beaten by teachers”. It was recently reported that Siphomandla Choma, a learner at Manyano Primary School in Mpumalanga, died after he was allegedly assaulted by the school principal. “We condemn the beating of children in schools. It is unlawful and action will be taken against teachers who break the law and violate the dignity and personal safety of children,” said Zuma.

He also highlighted increasing incidences of teenage pregnancies, saying that this indicates that “we are failing somewhere as parents and teachers in guiding and teaching our youth”.  He added: “We also still have serious cases of crime in our schools such as gang violence, drug use and alcohol abuse. We also have cases of bullying in some schools, which have a negative impact on our children.

“We must not give up, and must continue working together to eliminate these social ills and protect our children.”

Zuma expressed his appreciation and acknowledgement of all the stakeholders in education, who “contribute immensely to providing meaningful and quality education in the sector”.

He reminded the audience that the awards “take place during a year in which we mark 120 years since the composition of the first stanza of Nkosi Sikelel’iAfrika by Enoch Sontonga”. He said the hymn carries the emotions and history of the people, adding that OR Tambo — who was a mathematics and physical science teacher, and later became a lawyer — also loved choral music.

Learners from Mpilisweni Secondary School in Katlehong then closed the awards ceremony with a special rendition of the anthem.