Pulling in one direction

How maths has changed the world 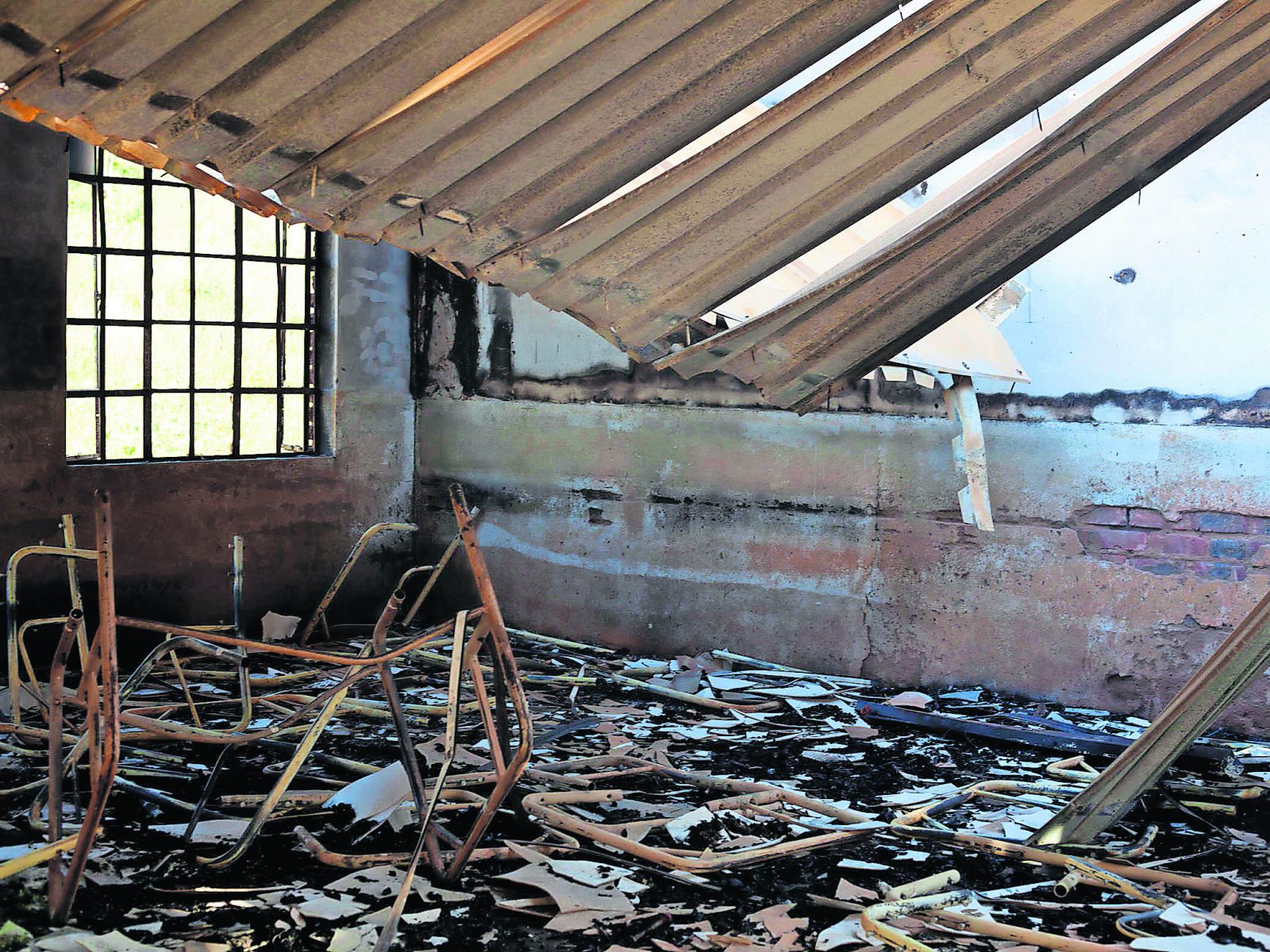 Vhudzani Secondary School in Vuwani, Limpopo was burnt and vandalised during the protest against demarcation. 11/05/16 Photo: Oupa Nkosi

In the troubled Vuwani area, learners and teachers are left twiddling their thumbs

Although a semblance of calm seems to have returned to Vuwani, Limpopo, following the torching of 28 schools, the situation on the ground is still volatile and tense at best. The burning of the schools and the accompanying vandalism and violence have brought education in the surrounding areas to a complete halt, with the future of about 50 000 learners in limbo.

Several people, including the elderly and political leaders, have been arrested as alleged conspirators and instigators of the chaos sparked by the demarcation dispute. The inter-ministerial committee tasked to resolve the crisis does not seem to be making headway in bringing calm to the area so that schooling can resume. According to Basic Education Minister Angie Motshekga, it will cost an estimated R800-million to repair the damaged schools and equipment.

Limpopo’s education department’s spokesperson Naledzi Rasila said they are waiting for peace to prevail before they can “jump in” to implement their catch-up programme. He said his department had reacted quickly to the situation by providing mobile classrooms to the affected schools. The National Education Collaboration Trust also lent a hand and appealed for crowd sourcing — which elicited huge public support — to help renovate classrooms, purchase desks, stationery and other basic equipment to get learning back on track.

Said Rasila: “As the department we are ready to activate our catch-up plan. We held meetings with teachers who assured us of their readiness to implement the plan.” But the tense atmosphere and the widespread intimidation are making it difficult for the department to fulfil this commitment. Asked what will happen if the situation is not resolved anytime soon, Rasila said their hands are tied until the inter-ministerial committee has dealt with the problem.

The delay in resolving the issue exacerbates the situation, as there is very little time for teachers to prepare learners for the mid-year examinations. It is doubtful if any intervention measures at this stage can help make up for the lost time, particularly before the June examinations.

A parent, who asked her name not to be disclosed for fear of reprisal, summed up some of the residents’ frustrations. She said while she supports the demands, it is wrong to link this to education. “My son and her cousin are in grade 12 and we expected them to complete this year. The situation in this area is miserable as most of us live from hand-to-mouth. I always told the children that the only way we can beat this poverty trap is if they work hard and get decent passes to be admitted at university.”

She said she has lost hope, as the situation is not showing any sign of improvement and doubts if schooling will resume this year. “It is so heart-breaking to think that our kids will have to repeat their grades. This problem can be resolved without disrupting, let alone burning schools. I don’t know what to say, really.”

The Vuwani situation is part of the growing phenomena where parents increasingly use their children to bargain with government for service delivery-related issues. The most prominent incident took place in John Taole Gaetsewe district municipality, Northern Cape, in 2014, where parents shut down 54 schools in the area to force government to tar a 130km stretch of gravel road to the village.

In 2013, similar scenes unfolded in Port Elizabeth’s northern areas and Grahamstown, as parents forcibly closed down schools to complain about the “horrible conditions” under which their children were learning. Communities have identified schools as soft targets to compel government to meet their demands.

However, commentators observing the developments cautioned that this is a misguided approach because of its irreversible, long-term negative impact on the future of the children. They call on parents to explore other progressive ways to resolve issues without destroying property, particularly schools, and affecting innocent lives.