Champions of the future 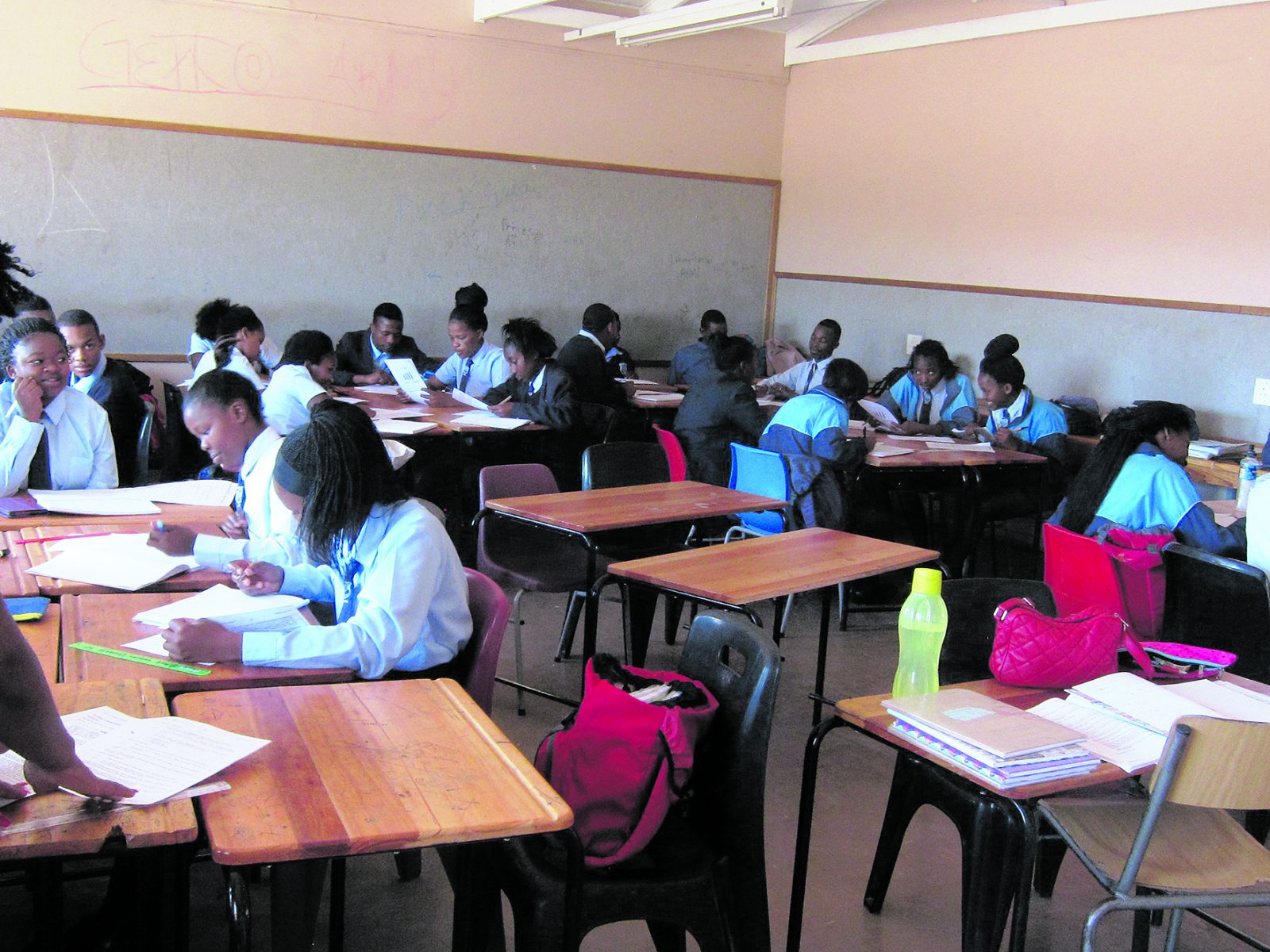 Mfuleni Secondary School learners sacrifice their time to attend extra classes and this year they improved their pass rate to 87%. Photo: Supplied.

Mfuleni Secondary School substantially improved its matric pass rate from a paltry 53% in 2014 to 87% in 2016, and also managed to maintain a high learner retention rate.

Marilyn Honikman visited the school recently and spoke with the principal about how he’s getting it right.

What is your school most proud of? A high percentage matric pass rate, a high percentage retention rate, or the statistic that most accurately illustrates a school’s success: both of these, combined. In other words: what percentage of learners, who enrolled at your school in grade eight five years ago, passed their matric exam in 2016?

How did they do it?

The first question I put to the school principal, Malungisa Mlotywa, was how he achieved this. He said he didn’t do it alone; he sat down with his staff to devise a strategy. They then called in the school governing body and discussed the strategy, first with the parents and then with the learners. They had support through all of this from the Mfuleni Education Forum, which provides physical support by supplying shoes and stationery to needy learners, and moral support, safe-guarding schools in Mfuleni township from disruption and vandalism by explaining to residents in the community that these are their schools.

It is our own

In the words of the management of the Mfuleni Education Forum, Tembekile Gqwaka and Nomsa Mzola: “We decided that we should not fold our arms and wait for somebody else to do things. This is our place and we need to look after our own things and our own children. In order to be free, people need to be literate. Our aim is to emancipate the black child. So we encourage our teachers here in Mfuleni to be passionate.”

The school is open and busy from 7am when the matric maths class starts. It closes at 9pm when the Adult Basic Education and Training classes for adults in the community end. These classes are given by a member of staff, Masande Matikane, after a full day of teaching. “It brings in the community, so they know the school is theirs too.”

Study groups of matriculants, who have been working in the classrooms, also leave at 9pm. Between these times there is normal school, followed by afternoon classes from 3pm-4pm every Monday to Thursday. Saturday classes were organised after discussions first with staff and then with parents, as were holiday classes, for a week in each of the autumn, winter and spring breaks.

“What support did you receive from the department of education?” I asked. “A lot!” was the emphatic reply. “At the beginning of the year the district manager comes and we go through the learners’ results to see who needs more help, and we decide what can be done. If a teacher needs advice he or she phones the subject advisor and the advisor is there a day or two later.” Mlotywa added: “The education department pays!  I mean, they pay the tutors who take the holiday school and Saturday classes, and they pay for learners’ meals on those days.”

“What else do you think keeps your learners in school?” I asked. “They enjoy themselves!” he told me. “Learners must also enjoy the activities we offer at school. They must enjoy being at school. They can sing in the choir. They can play sport, volleyball, rugby, netball and soccer. We have a drama society, so they can act in plays. They debate. Most weekends they debate against other schools, here on the Flats or in Cape Town. Last year a debating student went to the national speech contest in Pretoria.”

During lunch break there was a happy hub-bub, with some learners kicking balls around, but no loud shouting and no skirmishes. No bullying. This may be assisted by the school layout, a series of courtyards all visible from the classrooms, but my sense was that the learners were aware of teachers paying attention.

It might sound trite, but I was also struck by something unusual.  Hindle Road, en route to the school, was lined with litter, paper and plastic that the South-Easter and some thoughtless residents scatter over the Cape Flats. But Mfuleni had no litter! Not one scrap of paper or plastic in any of the streets. Houses were modest; most were very small, and some were shacks. Some were shabby, but they were all spotless.  The school was the same. Even though there are nearly 1 400 learners in that space, not one learner had dropped a sweet wrapping, a plastic bottle or a piece of paper.

When I mentioned this to Mr Gqwaka he said proudly: “It’s about self-respect. It’s our place!”