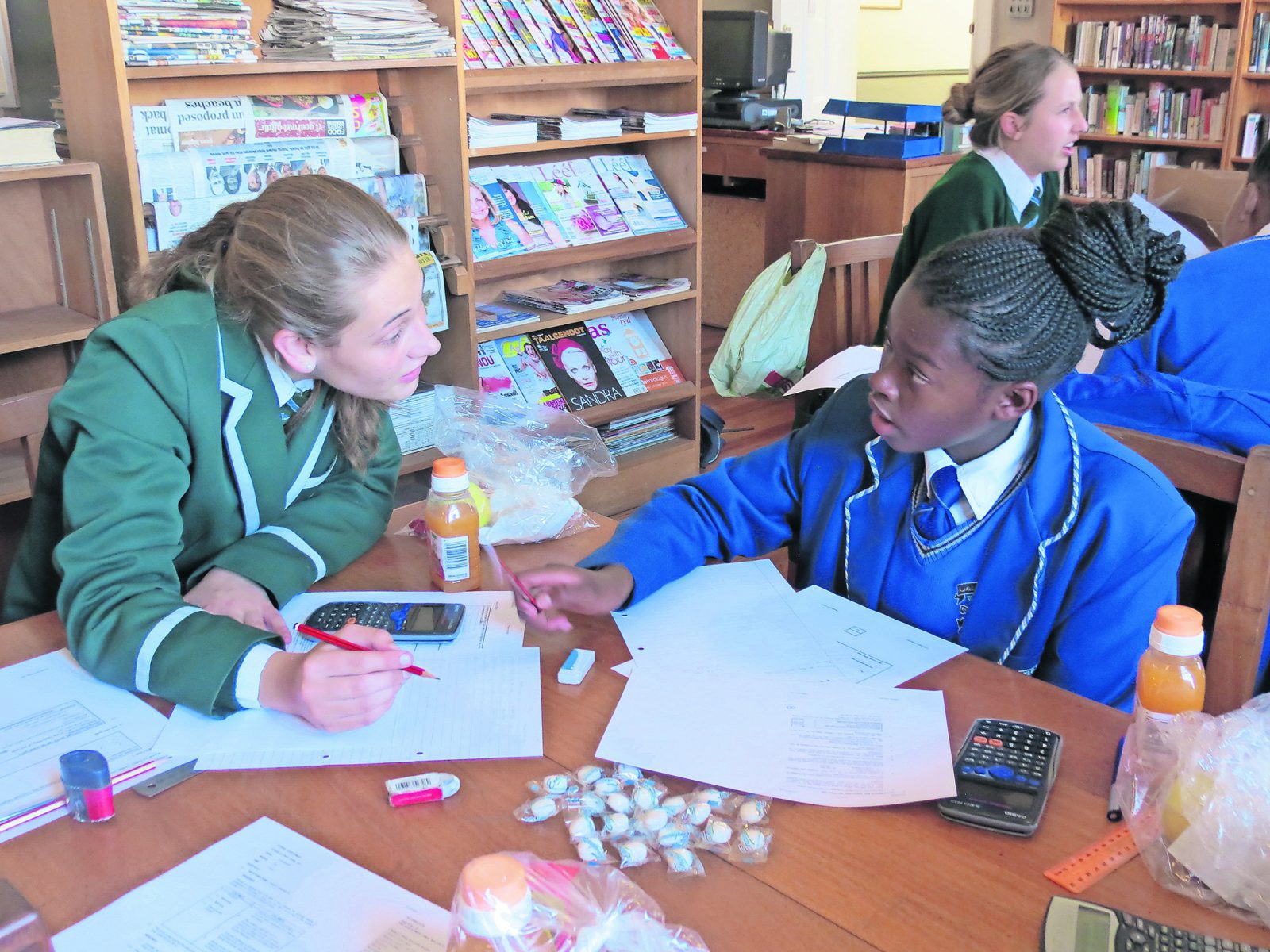 Faced with the prospect of half of her accounting class failing again, Andiswa didn’t hesitate to ask for help

Knowing and owning up to one’s weaknesses is a key step to obtaining the right kind of support or intervention. And that is exactly what Andiswa Tshula did when only 47% of her grade 12 accounting class passed their examinations in 2014.

Tshula teaches at Ihlumelo High School, situated in the small township of Mbekweni, near Paarl in the Western Cape. The school was established in 2000 as a Junior Secondary; 10 years later it became a high school, offering its first matric class.

But, according to Tshula, from 2012 to 2014 her accounting class’s performance dipped dramatically. In 2012 they obtained a 26% pass rate in accounting, the following year they got 66%, and in 2014 they registered 47%. The same learners were also doing business studies and economics as their major subjects.

Tshula thought that perhaps the learners were overwhelmed and lacked strategies on how to cope with the amount of work these subjects required. This, says Tshula, did not augur well for them, as it limited their chances of being accepted into and performing well in tertiary level studies.

The thought of facing another embarrassing performance in 2015 was something she wanted to avoid at all cost. She looked no further than Paarl Girls’ High School (PGHS). Firstly, it had produced impressive results over the years, particularly in the very subjects her school was battling with. Secondly, it is well resourced, and situated conveniently nearby her school.

She approached Elsabe Conradie, who teaches accounting at PGHS, for assistance. “We wanted her to share with us their strategies and materials to improve our dismal performance,” says Tshula.

Conradie readily agreed to lend a hand and provided Ihlumelo with DVDs, activities and master study guides. In addition, Conradie went on to organise several Friday afternoon workshops for learners from the two schools who were doing accounting. Paarl Girl’s hostel was generous enough to prepare snacks for the Ihlumelo learners during the workshops. The learners, says Conradie, exchanged numbers so that they could contact one another about their academic progress. Through this, she opines, learners also developed personal friendships across the racial divide.

The direct outcome of this was “inter-community relationships” where learners and teachers shared and learned from one another’s experiences. The support was expanded to run right up to the year-end examinations, and included assistance with other subjects such as mathematics, science and consumer studies (economics) as well as paying for the mentorship programme and transport.

“When the 2016 matric results were announced, the Ihlumelo pass rate shot up to 92% with two distinctions, thanks to Paarl Girl’s assistance,” says Tshula.  “We are very grateful to Paarl Girls High, and in particular, Ms Conradie. The outcome of our partnership is there for all to see,” says Tshula.

Conradie says co-operative ventures such as the one her school has with Ihlumelo are highly recommended by experts within the education sector. One of them is Pieter Joubert, a retired and well-respected KwaZulu-Natal-based academic. He says “centres of excellence” such as the one Paarl Girls and Ihlumelo established “could play a major role in the general improvement of education in the country, if similar collaborations could take place more often”.