Focus on Gauteng Department of Education 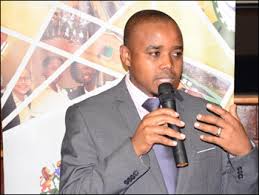 All hands on deck

After being in the hot seat for a few months, KwaZulu-Natal MEC of education Mthandeni Dlungwane seems to be on the right track to turn the province’s performance

The KwaZulu-Natal education department has a full plate, as it is dealing with an array of academic achievements, promises, disappointments and a host of other contradictions. With almost 2.9 million learners and 106 000 employees — the vast majority of whom are teachers — it is the biggest education system of South Africa’s nine provinces, despite having the second largest population after Gauteng. The department has more than 6 000 schools, straddling some of the best suburbs in the world to some of the most dirt-poor rural areas of the country.

If matric results are anything to go by then the province produces some of the top learners, who often go on to make huge strides in their chosen fields. By the same token, the province is investing billions of rands in funding education, but some of the results produced were not what was desired.

The province’s department of education is led by youthful MEC Mthandeni Dlungwane, who climbed into the hot seat in the middle of 2016. He took up the reins just as the province was recovering from one of the worst matric pass rates of the post-apartheid era: in 2013 the province notched up an impressive 77.4% matric pass rate, but by 2015 it had fallen to 60.7%.

Dlungwane had no choice but to get his hands dirty straight after assuming the top position. The province was in the throes of implementing the so-called Provincial Academic Improvement Plan, which included, among other things, tightening the noose on badly performing schools; printing and distributing support and revision material both from KwaZulu-Natal province, and some sourced from other provinces; focusing on Just-in-Time Training for teachers and extra morning, afternoon, weekends and holiday classes, particularly for matrics.

The plan also involved boot camps for 1 200 high-performing learners in mathematics and physical science; the printing and distribution of newspaper supplements that dealt with school subjects and other learning material; utilising the services of various radio stations to broadcast lessons in support of learners as they prepared for examinations; improved management of school-based assessment and the launch of the 100 Days Countdown to the Final Examinations.

Dlungwane was pleased to announce that the province recorded a 69.5% matric pass rate, an increase of 7.9% from the previous year. “The academic improvement plan known as Operation Bounce Back that we implemented from the beginning of the year helped us a great deal. We now know what works and what needs to be consolidated.

“Yes, I don’t think the matric result is the true reflection of the standard of education in this province. But this year’s pass rate is an increase from last year and the previous year. This means we are [going] in the right direction of bouncing back and turning around the corner,” said Dlungwane.

He said he was very disappointed that after his department had put in such determined hard work, the matric class of 2016 was marred by allegations of group copying, implicating some schools in the province. The results of the implicated schools were withheld. “We have already conducted some investigations; some of the schools have been cleared. Those found guilty — we will not hesitate to take disciplinary actions against them. Those teachers found guilty of facilitating this will be removed from the system,” he said. Another blight was the regression in some districts and schools, despite huge efforts being undertaken to help them improve.

“We note with a deep sense of embarrassment, disappointment and disbelief that in 2016 the province had nine schools that obtained a 0% pass rate. The number of 0% pass rate schools only decreased by five, from the 14 schools in 2015. The 215 schools that achieved a 30% pass rate and below in 2016, compared to the 308 schools in 2015, remain a serious cause for concern, and drastic measures need to be implemented immediately to move all of them to 50% and above,” said the young MEC.

Dlungwane added that his overall aim was to oversee a complete overhaul of the primary school education system in the province, ensuring that everyone within the system plays a role in the improvement of standards, and setting up a higher benchmark to guide the system.

“The academic improvement plan that we have already alluded to is meant [to be implemented] from grades R to 12. This means improving the entire system. Among the aspects that it looks into are school functionality, curriculum coverage and management, and stakeholder management, just to mention a few. For example, in the current academic year we will set high standards for ourselves as we want to be counted among the best,” he said, adding these standards include implementing a nine-point plan.

He said districts and schools that consistently perform badly would be dealt with decisively.

“We want to make it clear that, in the best interest of the province and the entire nation, we need to take sober decisions and decisive steps regarding the districts that have consistently not achieved the required results, in spite of numerous interventions and resources provided.

“Let it be heard and understood by everyone that the current administration will go down in history as an administration that was decisive. Where there is evidence of failure to manage there will be immediate consequences,” he said. These decisive steps include removals or demotions of district officials and principals, and firing teachers who are incompetent in their work.

KwaZulu-Natal’s education system is widely regarded as one of those where the South African Democratic Teachers Union (Sadtu) is wielding hegemonic power, much to the detriment of the general learning and teaching.

But Dlungwane does not think so. He said: “They [Sadtu] are a social partner but [they] don’t run the department. We consult them on matters that are of mutual interest. We are running the department, and that is very clear to all our social partners. We have rules of engagement but we remain the employer, that one is clear.”

He said the education sector needs all hands on deck to bring forth the necessary changes and breathe into the province fresh hope, if it is to fulfil the high hopes of parents, pupils, teachers and education officials.

“Hence we call upon all trusted leaders whose credibility is beyond reproach or question to contribute towards establishing a lasting legacy. We have what it takes to take KwaZulu-Natal to greater heights. There is the political leadership and the will to support our resolve.”