Teaching is about polishing precious gems 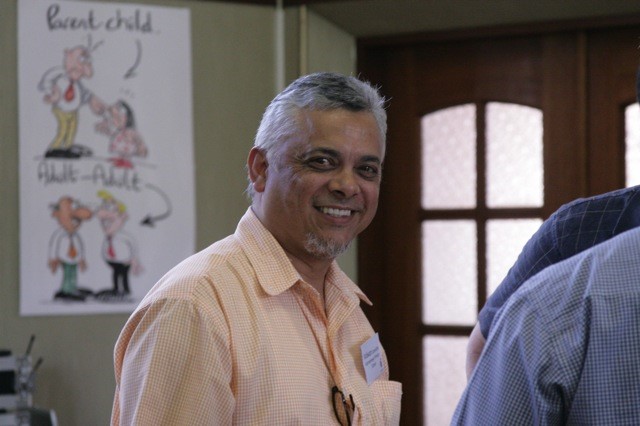 Teaching is not like doing any other work but is actually an act of worship, says Samodien. Photo: Supplied.

Ridwan Samodien was forced to become a teacher but today he is grateful as he works closely with the people he loves: children

I was born in Wynberg, Cape Town, 58 years ago and started my schooling at Battswood Primary School. One of my heroes was Mr Adriaans, a grade five teacher (or standard three as it was called then) who back then made a huge impact on me. Mr Adriaans was a perfectionist par excellence; he had a printing device and would print the most delightful worksheets in each learner’s book.  My peers and I would be greatly inspired and start colouring in the work, covering various subjects such as history, geography and science.

Although an extremely strict disciplinarian, Mr Adriaans had a caring heart. When my mom passed away, Mr Adriaans was the only teacher who came to sympathise with my father. I later became an art teacher because of the love of colouring in, drawing and painting that he instilled in me.

I became a teacher simply because my late father forced me to become one. At the time I was agitated by my father’s insistence, but today I am so grateful, because I simply love being surrounded by children.

Teaching, regarded by some as “going to work”, is actually an act of worship. Polishing God’s precious gems is a noble cause and I would like future teachers to see it as that, not just a way to earn a salary. It is quite clear that if we want to give our children a better chance to make it in the world today, we need to provide them with a well-rounded or holistic education. Only passionate teachers can do this. Remember that the greatest gift an adult can give to a child is the gift of education.