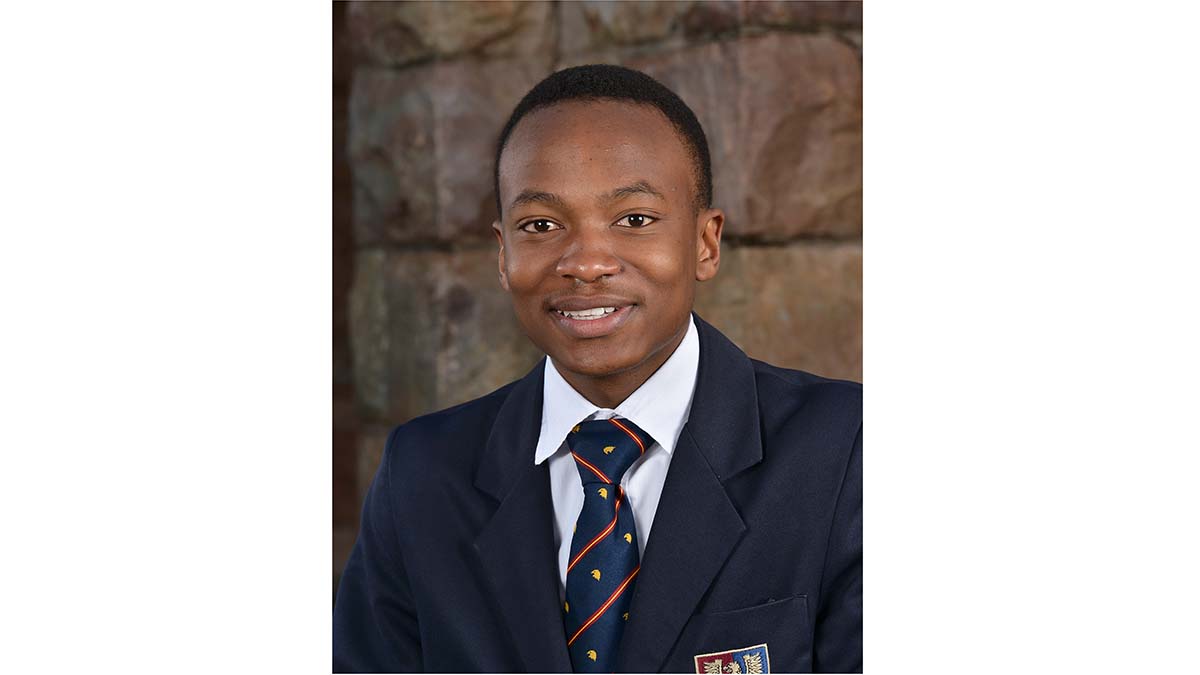 Teachers: be patient and open-minded

Nzimande is a disciplined, hard-working young man who started his schooling at Thukeyana Primary Farm School in Underberg, KwaZulu-Natal. The school has a partnership with Barnato Park High School in Berea, Johannesburg. The top grade seven learners from Thukeyana complete their high schooling at Barnato Park School and live in the safe house — a shelter for children from abused families — on the school premises.

Nzimande arrived at Barnato Park in 2010. Soon after joining the school he topped the class, particularly in mathematics. In grade 10 he and 23 of his peers were invited to attend St John’s Academy in the afternoons, where he continued to achieve good marks.

He matriculated in 2014 with six distinctions, achieving 98% in mathematics and 95% in physical science. The following year he was offered a bursary at St Johns to do his A-Levels, and he achieved an average of 88%, obtaining 83% for further maths, and 90% each for maths and physics.

Nzimande spent most of his teen years in the safe house, and received very little family support. At the beginning of 2016 he was accepted in the actuarial science faculty at the University of the Witwatersrand, where he has settled well into campus life. He has already achieved a distinction in the first test, and his first semester report has four A’s and one B. He is a Discovery Life bursar; the company will fund his tertiary studies and offer him employment upon completion of his degree.

Who were your favourite teachers?

I had two favourite teachers in primary school, Miss Dube and Miss Mkhize, but it was the former who was more influential due to her style of teaching.
She taught me natural science and human social sciences in grade six and seven, and had a way of pushing learners to be able to think for themselves. She ensured that each and every learner participated in every lesson. She used pictures, diagrams and other visuals aids to make learning easier and memorable, moving at a pace that was suitable for all students.

What were your favourite subjects and why?

English was my favourite subject, followed by mathematics. Even though my English marks were the lowest, I really loved it. I liked it because it is arguably the most useful global language, which people from different races and tribes use to socialise with one another. It is also the most dominant business language. As for maths, I enjoy it because it enables me to think logically and solve problems. There’s no better subject that allows me to practice what I enjoy most.

Describe the qualities that a good teacher should have or display?

Patience, respect, open-mindedness, eloquence and reliability are some of qualities that all teachers should have and display. A patient and open-minded teacher is one who understands that some learners need more explanation than others to understand a concept in class. He or she should always be willing to help learners. An open-minded teacher will go beyond what is found in the textbook. A respectable teacher will find it easy to control a class. Respect is earned through what a teacher says to learners or how he or she interacts with them in general. They should encourage self-reliance and self-study.

What are the things a teacher should never say or do?

Teachers should avoid bad-mouthing other teachers in front of learners. They should mind their language. Similarly, they should never make fun of any learner in front of other learners, as this demotivates them and kills their confidence.

What is your message to teachers?

They should lead by example, be what they want their learners to be. Be honest; and if you don’t have an answer to a question, let your learners know. This sets a good example for the learners.