Education has always been close to my heart

A day in the life of an ordinary superhero 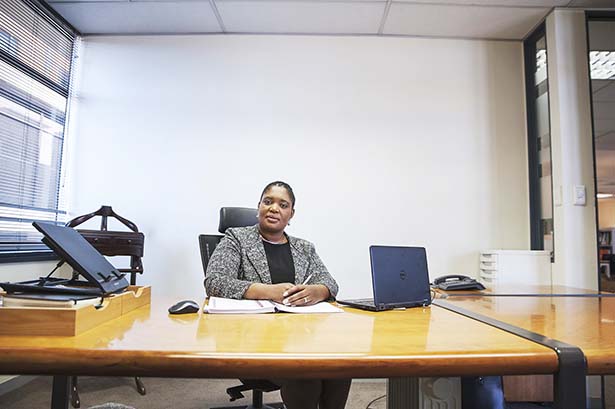 Mankodi Moitse is back in the education fold, bringing with her vital skills she gained in the private sector

When Mankodi Moitse took up the reins at Kagiso Trust (KT) as the chief executive it felt like coming back home. KT has education as its core focus area after it successfully managed to reposition and redefine its role in the new political environment. Moitse is also passionate about education, so it seems there is a seamless fit between all the parties.
She started her teaching profession as commercial subjects educator at Namedi Secondary School in Diepkloof Zone 3 in Soweto, in the 1980s. She went on to earn a string of qualifications, including a Bachelor of Commerce and a diploma in education from the then Turfloop University, an honours degree in economics from Wits and an MA in business leadership from Unisa.
Although she left teaching several times to join other sectors, teaching always called her back. She took a job with one of the big four banks but left to lecture at a teachers’ college in Marapyane, north of Pretoria. She quit again, this time to work for the Gauteng provincial government and the City of Jo’burg as a chief financial officer. In this capacity Mankodi handled huge budgets to fund big capital projects of the city’s entities such as City Power and Johannesburg Water. Helping to build FNB soccer stadium for the 2010 Fifa World Cup event and the city’s Bus Rapid Transit system are among her most memorable achievements.
Moitse feels the combination of her financial and education skills put her in a good stead to steer the outfit in the right direction. This is particularly important considering the position she holds, but also because of KT’s stature and its past achievements. Currently, the entity boasts three flagship programmes: Beyers Naudé Schools Development (BNSD), Eric Molobi Scholarship and Kagiso Enterprises Rural Private Equity Fund. Moitse said this year one of her priorities is to try to reproduce some of its programmes — particularly BNSD — following its successful implementation in the Free State, to other provinces.
“I spent a solid 10 years in the city where I was part of a team that oversaw the success of several important development projects. I just felt I had achieved a lot and it was time to move on. And when I heard Kagiso Trust was looking for someone with my skills set, especially in education and finance, I applied. And I am so excited to be part of this organisation!” said Moitse.
Last month she announced a new “strategic direction”, which will see KT adding three more programmes to those they already have. The three programmes are early childhood development (ECD), technical, vocational education and training (TVET) colleges and entrepreneurial leadership, which they would like to see integrated into the basic education curriculum.
“We felt it was time to reflect on our current educational offerings. KT’s original mission is to help communities overcome poverty, and recent statistics suggest that most families live below the poverty line. We believe that education is the only avenue through which people can improve their situation, so it is vital to scale our interventions and investments in terms of our reach,” said Moitse.
About ECD, she said, they felt it is important to start early and they would work closely with all relevant players to ensure the sector succeeds. She said TVET will complete their range of interventions in education, adding that one of the first things they would do is to improve the sector’s poor profile through networking with the right people. “We will identify specific TVET colleges to see how we can implement the model we already have,” said Moitse. On entrepreneurship, she said they aim to introduce it as a subject in lower grades.
“Although schools offer commercial subjects, we feel this does not adequately promote entrepreneurship. We are also aware that entrepreneurship is not part of CAPS (Curriculum Assessment Policy Statements) and what we would do is identify kids who have potential and teach them during the holidays and weekends,” said Moitse.